Dr. Lawrence Wittner is Professor of History Emeritus at SUNY/Albany and the author of Confronting the Bomb (Stanford University Press). 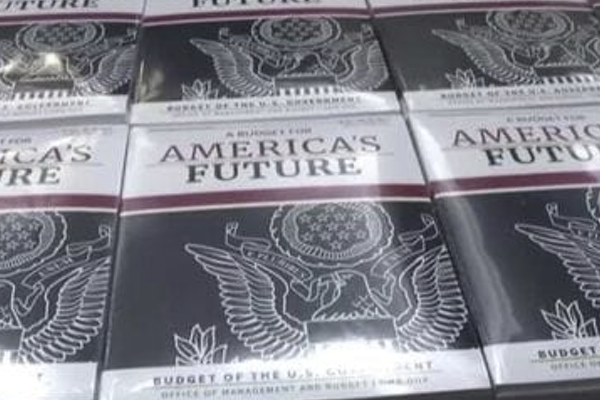 It is often said that government budgets are “an expression of values.”  Those values are clear in the Trump administration’s $4.8 trillion budget proposal for 2021, unveiled early this February.

The budget calls for deep cuts in major U.S. government programs, especially those protecting public health. The Department of Health and Human Services would be slashed by 10 percent, while the Centers for Disease Control and Prevention, which has already been proven to be underfunded and unprepared to deal with the coronavirus outbreak, would be cut by a further 9 percent. Spending on Medicaid, which currently insures healthcare for one out of five Americans, would plummet by roughly $900 billion, largely thanks to reductions in coverage for the poor and the disabled. Meanwhile, Medicare expenditures would drop by roughly $500 billion. The budget proposal’s reshuffling of agency responsibilities in connection with tobacco regulation also seems likely to contribute to a decline in public health.

Public education constitutes another low-priority item in the Trump administration’s budget proposal. Calling for a funding cut of nearly 8 percent in the Department of Education, the proposal hits student assistance programs particularly hard. Despite the soaring costs of a college education, the budget would eliminate subsidized federal student loans and end the Public Service Loan Forgiveness program, which currently cancels federal student loan debt for teachers and other public servants after a decade of loan payments. The budget would also reduce student work-study funding and increase the percentage of discretionary income student borrowers must devote to repayment.

Some of the deepest cuts in the Trump budget relate to the environment. The Environmental Protection agency would lose 26 percent of its funding, including a 10 percent reduction in the Superfund hazardous waste cleanup program, a nearly 50 percent reduction in research and development, and a $376 million decrease in efforts to improve air quality. EPA staffing would fall to its lowest levels in three decades, thereby hampering enforcement of existing environmental regulations. Moreover, there would be cuts to the National Park Service of $587 million and to the U.S. Fish and Wildlife Service of $80 million, including an $11 million reduction in funding for determining extinction risk under the Endangered Species Act. The administration’s approach to the environment is also evident in the budget’s call for a cut of half the funding for the ecosystem work of the U.S. Geological Survey and for a 74 percent reduction in funding for the Energy Efficiency and Renewable Energy program of the Department of Energy.

The budget targets other domestic programs for sharp cutbacks, as well. In the area of public transportation, Amtrak’s federal grants would be reduced from $2 billion to less than half that amount. The budget proposal also calls for ending all federal funding for the Corporation for Public Broadcasting, which supports PBS and National Public Radio stations. Although Trump has repeatedly promised not to cut Social Security, his budget would do just that, slashing it by $71 billion worth of benefits earmarked for disabled workers.

Programs aiding impoverished Americans come in for particularly harsh treatment. Although homelessness and securing affordable housing in urban areas are major problems in the United States, the budget calls for a 15 percent decrease in funding for the Department of Housing and Urban Development. Programs that help pay for rental assistance for low-income people have been slashed, while award grants to neighborhoods with deteriorating public and federally assisted housing would be eliminated.

Furthermore, the budget proposes cutting funding for the Supplemental Nutrition Assistance Program, the federal government’s primary effort to feed the hungry, by $180 billion between 2021 and 2030. Stricter work requirements would be implemented, and are expected to result in nearly 700,000 Americans being dropped from the program’s coverage. Among them are large numbers of children, who would also lose their enrollment in the free school lunch program. Explaining the cuts, the Trump budget message stated that “too many people are still missing the opportunity to move from dependence to self-sufficiency.”

It’s also noteworthy that, in a world plagued by wars, a massive refugee crisis, climate disasters, and disease epidemics, the Trump budget calls for slashing State Department and U.S. Agency for International Development funding by 22 percent. The biggest cuts target diplomatic engagement, food assistance, and international organizations such as the United Nations, which would receive $447 million less for UN peacekeeping efforts and $508 million less for U.S. dues to the world organization. The budget also calls for slashing more than $3 billion in funding from global health programs, including half of U.S. funding for the World Health Organization.

By contrast, the Trump budget proposes substantial increases for the president’s favorite programs. Additional spending would be devoted to restricting immigration, including another $2 billion for building Trump’s much-touted wall on the U.S.-Mexico border and another $544 million to hire 4,636 additional ICE enforcement officers and prosecuting attorneys. Moreover, as a New York Times analysis noted, “the budget promotes a fossil fuel ‘energy boom’ in the United States, including an increase in the production of natural gas and crude oil.”

Furthermore, despite the fact that U.S. military spending already surpasses the combined expenditures of the next seven military powers throughout the world, the Trump budget would add billions of dollars to annual U.S. military appropriations, raising them to $741 billion. This military spending would focus on developing a new generation of weapons, especially nuclear weapons, with the Department of Defense receiving $29 billion (a 16 percent increase) and the Department of Energy $20 billion (a 19 percent increase) for this purpose. If one adds in proposed expenditures on “missile defense” and cleaning up nuclear weapons sites, the annual cost of U.S. nuclear war preparations would soar to $75 billion.

With presidential and congressional elections now looming, Americans will soon have the opportunity to show whether these priorities―and the values underlying them―accord with their own. As the coronavirus pandemic indicates, a government's priorities and values can be matters of life and death.