I Taught my Students to Create Hoaxes in Public. Here’s Why

by Keith A. Erekson

Keith A. Erekson is an author, teacher, and public historian who taught a night class on “Hoaxes and History” at the University of Utah in the fall 2019 semester. Learn more at keitherekson.com. 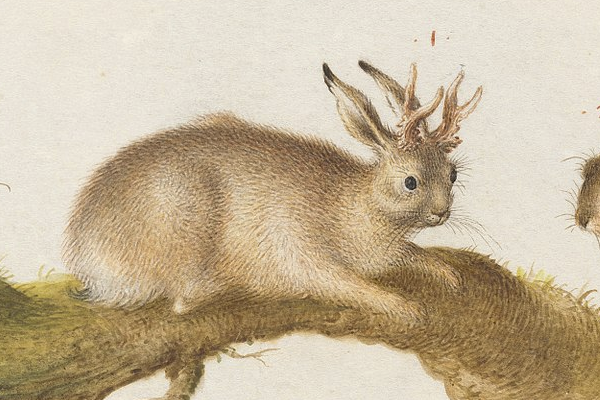 Two hoaxes surfaced on the Internet in late November and early December 2019. The hoaxes drew interest and comment, prompted clicks and reposts, and fooled both the unsuspecting and the highly trained. The hoaxes did not spark widespread panic or promise essential health cures; they were not created by marketing bots or Russian spies. The hoaxes were designed, planned, and launched by my undergraduate students at the University of Utah as part of their preparation to become savvy citizens in the twenty-first century.

One hoax announced the “discovery” of a wedding ring in Frisco, Utah, bearing the inscription “Etta Place - Chubut, 1904.” A photograph of the ring was enough to excite Facebook users to fill in the gaps. “Etta Place was the girlfriend of Henry Longbaugh aka the Sundance Kid,” wrote one. “Chubut is the province in Argentina where the couple settled,” added another. “I thought I knew pretty much all of the legends of Butch and his companions,” observed a third, “I’m looking forward to the rest of the story.” This ruse met its match in a museum professional who pointed out that the dirt in the photo did not reflect the composition of soil from southern Utah and that a gold ring would not have fractured like the tungsten ring in the photo.

The second hoax “uncovered” a document in the university archive with implications for a collegiate rivalry. A first-year graduate student “found” an architectural sketch indicating that the statue of Brigham Young on his namesake campus in Provo was originally intended to fill a pedestal that remains empty to this day on the campus of the University of Utah. Then an ardent “fan” created an online petition calling for the return of a statue with a Twitter hashtag to #BringBrighamBack! BYU fans seemed amused, while a Utah fan retorted “Please keep the name and the statue!” One reader knowingly stated that he’d “already heard” this as an urban myth and was glad the answer was finally found in the archives. A professor from one of the schools read the petition, clicked through to the faked study, and then reposted the underlying study.

Why teach students to create hoaxes? First and foremost, we need citizens with the skills and perspective to survive in “the golden age of hoaxes.” Photoshopped images and deep faked videos go viral on social media, cable channels air documentaries about mermaids and monsters, celebrities become politicians, and politicians call the media “fake.” And yet, what circulates so quickly on the Internet today also circulated in other forms in the past—forged diaries and documents, a mermaid body washed up on shore, photographs of fairies or Lincoln’s ghost, and tales of life on the moon.

Teaching about hoaxes also represents good professional practice. I taught the course as a night class at a university, but by day I am the director of an archive/research library where I am responsible both to share information and preserve its integrity for perpetuity. My library joins the Smithsonian among the countless victims of the most notorious murderer-forger in history. We follow the best practices of the archival profession for providing secure access in our reading room. Our IT professionals constantly monitor for phishing, social engineering, or outright hacking. One way to protect the historical record is to understand how it can be stolen, manipulated, modified, or erased.

Teaching with hoaxes also presented an opportunity for engaging pedagogy. In designing the course, I took cues from psychologists who examine abnormal mental dysfunction to promote better mental health, from police officers who experience tasers and K-9 takedowns before being authorized to use them, and from athletes who run the plays of opponents in order to beat them. If we are to avoid being fooled by bad information, we must understand how it works. How better to understand how it works than by creating our own hoaxes? We began by exploring the history and methods of past hoaxers, frauds, and forgers. We sought usable lessons by developing skills in the historical method to identify and debunk false claims and by seeking to understand how digital misinformation and disinformation circulate today.

The students succeeded in creating hoaxes that fooled some in their target audiences, but our creations faced stiff competition on the worldwide web of misinformation. Both hoaxes ran for about two weeks before we came clean. Those weeks also witnessed presidential impeachment hearings by the House Judiciary Committee, a rumor about the height of Disney’s most famous animated snowman, and a Facebook hoax about women being abducted in white vans. One of the takeaways noted by my students was that it was hard to get people’s attention in an environment in which they are constantly bombarded by misinformation.

The experience also prompted increased respect for actual professional expertise. The group working on the fake ring explicitly targeted baby boomers, thinking they’d be an easy target. That intergenerational spite dissipated after their best effort was so effortlessly debunked by someone with more experience.

Other lessons learned came out of the ongoing classroom discussions about the ethics of our activities. After all, it’s not every day that one gets assigned to forge a historical document, photoshop an image, create fake social media accounts, and spread deception on the Internet. We drew a line that prohibited the forgery of medical claims, soliciting money, public harm, or anything that would get any of us arrested, fired, or expelled. That left us free to experiment with information, history, and emotional appeal.

The discipline of history has much to offer our present age of misinformation in terms of subject matter and analytical methods. Here’s hoping for a future in which we recognize the flood of misinformation around us, acknowledge the value of expertise, and develop the thinking skills necessary to survive our century.