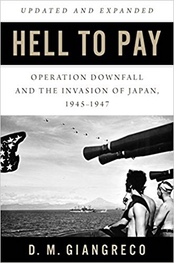 President Harry S. Truman defended using atomic bombs against Japan as a means of ending a war that would have grown far bloodier had the planned invasion proved necessary.  Some have accused him of lying to the American people and to the world.  The Japanese were willing to surrender as early as the spring of 1945, according to these "revisionist" historians, provided only that they could retain their sacred emperor.

Truman and his advisors reputedly knew this through intercepted diplomatic messages, but wanted the war to continue until atomic bombs could be employed.  Truman's critics maintain that he hoped to use possession of these weapons to bully the Soviets in Eastern Europe and to deny them concessions in the Far East agreed to by Franklin D. Roosevelt at the Yalta Conference of February 1945.  With regard to the latter, an alleged "race" began to drop the bombs to end the conflict before the Soviets could activate the Far Eastern accords by declaring war against Japan. This claim, put forward decades ago by William Appleman Williams and Gar Alperovitz, received apparent validation by the appearance of Tsuyoshi Hasagawa's Racing the Enemy:  Stalin, Truman, and the Surrender of Japan.  Historian D. M. Giangreco boldly asserts in Hell to Pay: Operation Downfall and the Invasion of Japan, 1945-1947, that this is pure fiction.  He provides copious evidence that the United States sought Russian entry up to and even after the bombs were dropped.

In the first edition of his path breaking volume, Giangreco demolished the revisionist myth that Truman's depiction of an invasion as a looming catastrophe was a gross exaggeration, a "postwar creation" designed to cover up the real reasons for using the bombs.  Citing a variety of hitherto untapped sources (including documentation on the production of 500,000 Purple Heart medals for the invasion's dead and wounded), Giangreco showed that Truman's vision was amply borne out by the projected casualty figures military and civilian planners routinely used.

Now, in the expanded edition of Hell to Pay, his research again involves areas that have received little or no attention.  This time he examines matters such as the post-war occupation of Japan and, in particular, the Milepost Project. The latter was a secret Lend Lease program that began in late 1944-before the Yalta Conference-that provided enormous amounts of supplies and equipment to underwrite the anticipated Soviet invasion of Manchuria, a heavily defended and strategically located Chinese province bordering both Soviet territory and Northern Korea.  Milepost shipments continued throughout the spring and summer of 1945, and actually were stepped up after the Soviets entered the war and the United States could openly support them.  Without it, Giangreco persuasively argues, Russian offensives would have been difficult if not impossible to mount.

Although some American officials expressed concern about Joseph Stalin's intentions, especially with regard to maintaining the long-established American goal of an "Open Door" in China, both the Roosevelt and Truman administrations believed that Soviet participation in the Pacific War was in America's interest and there never was any attempt to delay Russian actions or to deny them the gains agreed to at Yalta.  "If there was a 'race' involving the United States and the Soviet Union in the Far East," Giangreco concludes, "it was a race by both allies to get Red armies into the war against Japan as quickly as possible."